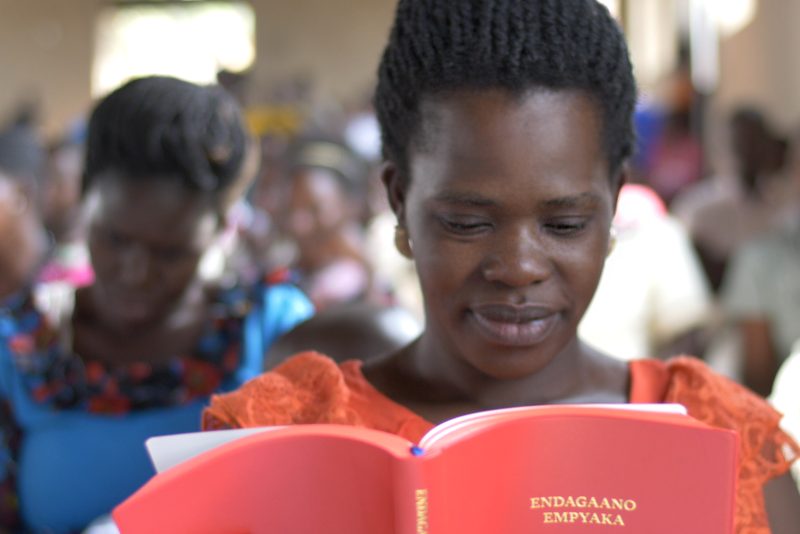 1 in 5 people worldwide are still waiting for the Bible to be translated into the language they understand best. That’s 1.5 billion people! Wycliffe Bible Translators long to see a world where everyone can know Jesus through the Bible. They serve local partners worldwide as they bring God’s word to their communities in the languages that speak to them best.

Moving to the Nonprofit Success Pack and FinDock

Wycliffe’s supporters are critical to it realizing its mission, and so in 2020, the team made the decision to upgrade its Salesforce set-up (originally launched in 2017) to ensure it could meet its supporter’s needs, today and in the future.

“The wellbeing and happiness of our staff is really important to us and directly impacts their work,” shares Robin Peake, Director for Supporters at Wycliffe Bible Translators. “During our initial move to Salesforce we didn’t set our Supporter Care team up for success so this time around we really wanted to focus on how we process donations. The objective was to make their jobs easier so they could focus on more meaningful work.”

“Since the upgrade, we have a goal to thank 80% of our donors in 5 days, and we’re on track to achieving it. It’s something that’s very important to our Supporter Care team, and would not have been possible before the move to the Nonprofit Success Pack (NPSP) and FinDock.”

For its main donation page and form, Wycliffe is using the FinDock Payment API to connect payment processors and methods. However, the team also runs appeals a number of times per year and appreciates being able to launch campaigns without needing developers. This is where the real benefits of FinDock Giving Pages come to the fore.

“We made the decision to use FinDock Giving Pages for our Christmas campaign which was our biggest appeal of the year, raising £330,000 through match funding. We were pretty blown away by how simple it was to set-up and configure. In general, everything just worked, without any work-arounds. For example, you select Gift Aid and the Gift Aid box is created.” 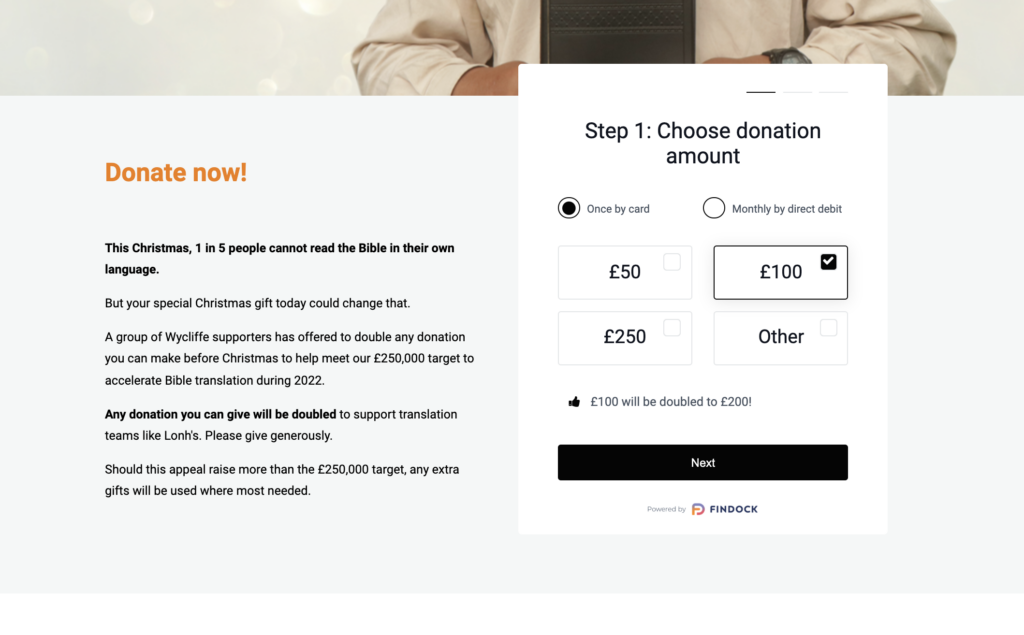 The team is also benefiting from increased efficiencies in campaign follow-up and donation collection.

“Before FinDock, it used to take us two weeks to get caught up with processing donations after the Christmas break. But this year, it took us 2 days, even though donation income is growing.”

Guided Matching takes the heavy lifting out of reconciliation

With FinDock, Wycliffe has gained efficiencies across the organization, helping to reduce costs and improve the on-the-job experience. One feature making a big impact is FinDock Guided Matching which enables users to reconcile bank files with CRM data in a streamlined way.

“Guided Matching has made the finance team’s job easier. We have a lot of regular givers so having a tool to automate the management of recurring donations really helps to drive more efficiencies.”

“Before FinDock, we had someone spending almost two days a week doing manual reconciliations. Now, we’ve been able to automate that process and free up resources across the organization. We save about £20k per year in staffing because of FinDock. Now donation processing is much more streamlined.”

Supported change across the organization

This was Wycliffe’s second Salesforce project and so they were aware of the need to put into place some change management principles.

“With this upgrade, we focussed heavily around onboarding and training. We now have Salesforce champions across the organization which really helped product adoption.”

The FinDock team has also supported them throughout this process.

“We chose FinDock because of its capabilities as a payments solution for Salesforce, but we’re really buzzing about it because of the support we’ve received. The team’s speed of response and their willingness to jump on a call has been second to none.”

“We’ve also been able to provide feedback to enhance features. With FinDock it feels like we’ve got a platform that is continuously developing and we have a voice in that. We feel like a partner.”

Take a look at our product features to see what’s possible with FinDock.

You can find out more about which cookies we are using or switch them off in settings.

This website uses cookies so that we can provide you with the best user experience possible. Cookie information is stored in your browser and performs functions such as recognising you when you return to our website and helping our team to understand which sections of the website you find most interesting and useful.

Strictly Necessary Cookie should be enabled at all times so that we can save your preferences for cookie settings.

If you disable this cookie, we will not be able to save your preferences. This means that every time you visit this website you will need to enable or disable cookies again.

This website uses Google Analytics to collect anonymous information such as the number of visitors to the site, and the most popular pages.
Keeping this cookie enabled helps us to improve our website.

Please enable Strictly Necessary Cookies first so that we can save your preferences!

Please enable Strictly Necessary Cookies first so that we can save your preferences!